The Difference Between Nonprofit Organizations and Foundations 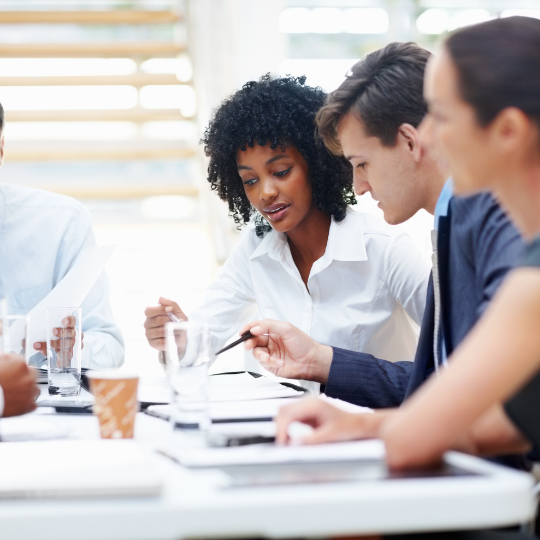 30 Mar The Difference Between Nonprofit Organizations and Foundations

What is a nonprofit organization?

Are charities different from a foundation?

What is a nonprofit foundation and how is it different from an organization?

A foundation is an organization that did not qualify as a public charity. They are very similar to nonprofits, except money for a foundation usually comes from a family or a corporate entity, whereas nonprofit money often comes from their revenues and other donors. Some examples of foundations are the Kellogg Foundation and the Ford Foundation.

The term ‘charitable organization’ is used by the IRS to refer to any organization that meets some basic requirements. It is a legal term meaning that the organization has been granted tax exemption under Section 501(c)(3) of the Tax Code. There are two kinds of exempt entities: private foundations and public charities. Private foundations must meet additional criteria to become eligible for this tax exemption. Public charities are allowed to operate without meeting these additional requirements.

A public charity is a charitable organization that can be defined as such if it is supported by the public people and serves a public benefit, exists to support a separate charity, or exists to measure public safety features. They can range from hospitals and other medical research organizations, universities and other educational organizations, and churches or other religious organizations. All donations made to these are completely tax-deductible.

Other examples of these types of organizations can include social clubs, sports clubs, and homeless shelters. They do have to adhere to very strict rules when it comes to their federal tax exemption.

It’s technically possible to donate money to private foundations, but many foundations won’t accept it from private individuals. As an alternative, they’ll take the money they started out with, invest it, and then distribute the money made from those investments. Foundations will also donate these funds to other nonprofits in the form of gifts or grants. Moreover, there are two types of foundations:

– A private nonoperating foundation grants money toother charitable organizations. These foundations often do not directly perform any charitable programs or services other than grant-making.

– A private operating foundation distributes funds to its own programs that exist for charitable purposes.

These foundations need to pass certain tests from the IRS over a period of time to determine whether or not they can retain their tax status. These tests include tests for income, support, assets, and endowment.

-Income test: Foundations cannot operate without satisfying the income test. It requires that the foundation spends at least 85% of its adjusted net income or its minimum investment return directly for the active conduct of its charitable activities.

-Assets test: Foundations can pass the assets test if 65% or more of its assets are devoted directly to the actively conducting public programming, a related business, or a combination of the two; consists of stock of a corporation that is controlled by the foundation and at least 85% of the assets of which are so devoted; or any combination of those two requirements.

Scion Nonprofit Staffing can help you with your nonprofit staffing and recruiting needs.

As you can see, there are many differences between a foundation and nonprofit, but they both are integral to serve the greater needs of communities. To learn more about working with foundations and nonprofits, contact the nonprofit recruitment experts at Scion Nonprofit.

We have industry experts who are well-versed in both staffing and recruiting for a wide variety of nonprofit positions for organizations all over the continental United States. Scion Nonprofit Staffing specializes in placing experienced, mission-driven nonprofit staff members from the entry-level to the executive level. Our search firm was specifically designed to meet the need of the nonprofit sector and effectively provides our devoted clients with top-notch nonprofit talent pipelines and human resource services. Contact us today to get started!

Nonprofit Staffing Plan
Grant Writing: Does Your Nonprofit Need It?
Nonprofit Development: What is It & How to Get a Job in It
How to Write a Chief Sustainability Officer Job Description
How to Find Work with a Nonprofit Organization
Back to Blog
We use cookies on our website(s) to give you the most relevant experience by remembering your preferences and repeat visits. By clicking “Accept”, you consent to the use of ALL cookies and agree to our Privacy Policy and Terms of Service.
Do not sell my personal information.
Cookie SettingsAccept
Manage consent

This website uses cookies to improve your experience while you navigate through the website. Out of these, the cookies that are categorized as necessary are stored on your browser as they are essential for the working of basic functionalities of the website. We also use third-party cookies that help us analyze and understand how you use this website. These cookies will be stored in your browser only with your consent. You also have the option to opt-out of these cookies. But opting out of some of these cookies may affect your browsing experience.
Necessary Always Enabled
Necessary cookies are absolutely essential for the website to function properly. This category only includes cookies that ensures basic functionalities and security features of the website. These cookies do not store any personal information.
Functional
Functional cookies help to perform certain functionalities like sharing the content of the website on social media platforms, collect feedbacks, and other third-party features.
Performance
Performance cookies are used to understand and analyze the key performance indexes of the website which helps in delivering a better user experience for the visitors.
Analytics
Analytical cookies are used to understand how visitors interact with the website. These cookies help provide information on metrics the number of visitors, bounce rate, traffic source, etc.
Advertisement
Advertisement cookies are used to provide visitors with relevant ads and marketing campaigns. These cookies track visitors across websites and collect information to provide customized ads.
Others
Other uncategorized cookies are those that are being analyzed and have not been classified into a category as yet.
SAVE & ACCEPT
Powered by

Hire Staff
Apply
About Us